Care workers told: ‘I wish the bad people in the world could come here and see what good looks like’

Care workers told: ‘I wish the bad people in the world could come here and see what good looks like’

Care workers across the UK gathered in the heart of the capital to be honoured for their care.

The day after London’s terrorist attack in Westminster, care workers across the UK gathered in the heart of the capital to be honoured for their care – despite organisers fearing no one would turn up. 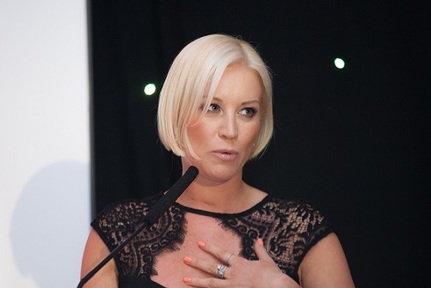 They needn’t have worried. In the spirit of Prime Minister Theresa May’s ‘We are not afraid’ keep calm and carry on speech to Parliament nearby, the tables in the ballroom of London’s Dorchester Hotel were full for the annual Towergate Care Awards on 23 March.

Run by Towergate Insurance, awards ceremony host, the actress Denise Van Outen, praised care workers for the ‘moving’ stories of care they had been part of.

Referring to the capital’s terror attack, the audience of care workers was told by the insurance firm’s chief executive David Ross: ‚ÄúI wish the bad people in the world could come here and see what good looks like‚Äù.

In the spotlight for ‘good care’ was The Chestnuts Care Home in West Byfleet run by Downing Care, thanks to its rising star the assistant manager Beata Czapla, who has a sixth sense about each one of her care home residents.

Whether residents are unwell, unhappy or in pain, Ms Czapla is aware of it and can even identify when a resident is going to have a seizure. With a seat at the awards ceremony, Beata, or ‘Betty’ as she is affectionately known, is described best by her boss – the care home’s manager Elaine Baigrie sitting on her left.

‚ÄúIntuitively she understands each and every one of our residents.‚Äù 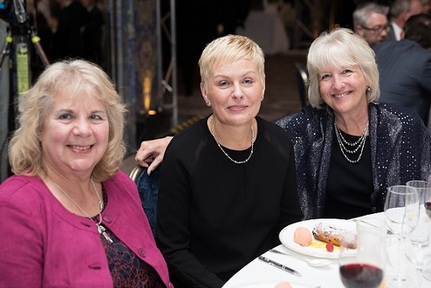 Beata Czapla is credited with spotting little signs such as if someone’s ‘a little off their food’ or not talking much and nips in the bud issues before disaster strikes like an epileptic fit.

In a care home where many of the residents have non-verbal communication, Elaine Baigrie says ‚ÄúShe’s been able to prevent many, many hospital admissions‚Äù.

After arriving from Poland, Beata Czapla’s first care job in the UK was as a support worker for Downing Care in 2008 but she has since risen through the care ranks to the post of assistant manager.

‚ÄúIt’s a little bit different from working in the hospital which I was working in Poland. It’s different with people with learning disabilities”, says Ms Czapla.

Why did she decide to work in care?

She says: ‚ÄúAlways in my life was the situation where I want to work with people and care for them and give them the best quality of life.”

She says: ‚ÄúAt first, I didn’t know whether I would do well caring for people with learning difficulties.

‚ÄúAll residents for me are like a big family and I treat them the same like I would like to be treated in future when I am older.

What does your role involve?

Summing up her role, Ms Czapla says: ‚ÄúWe look beyond their disability. “What they can do, not what they can’t do.‚Äù

Sitting to her right is the mother of a resident who has lived at the care home since he was 20-years-old. Now aged 40, Sam Shepherd cannot speak or sign, has severe learning disabilities, requires personal care and has rejected numerous care workers who came close to him.

Anne Shepherd says: ‚ÄúShe is always smiling, very calm, very approachable. She never flaps and always answers my question or phones me back. ‚ÄúMy son sometimes goes into the office and sits with her or he’ll follow her around.‚Äù 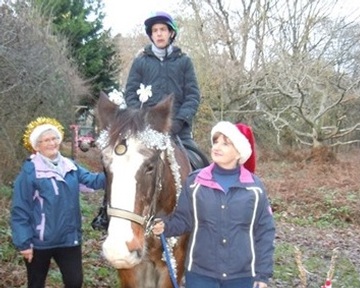 Ms Czapla says ‚ÄúI got to know Sam by communicating with the person who knows him best ‚Äì his mum.

‚ÄúI tried to observe him. He has a high level of understanding. I ask questions. When hungry, Sam will rub his belly or will grab your hand and lead you to the fridge to show you what he wants to eat.‚Äù

Mrs Shepherd says: ‚ÄúWhen Sam was born I knew he was different. I used to feel bad about Sam being in a care home. I would take him out but I know he’s so happy there.”

Ms Czapla’s duties include managing staff rotas but her single-mindedness when it comes to care extends beyond this work.

Elaine Baigrie says: ‚ÄúI know when I’m not there, Betty is managing the home in my absence. She’s more than a deputy.‚Äù

Care home manager Maxine Cope from Able Care Homes’ Belvedere Lodge was also nominated for the award. Working in the Dementia Wellbeing team, Ms Cope successfully obtained funding for one-to-one care to allow them to stay in the care home.

But it was Janette Neal, care manager at Sahara Lodge and Sahara Gardens (run by Sahara Care), who won the title of Care Home Worker of the Year.

Ms Neal helped launch a day care centre in 2011 to meet the growing demands of a community hit by local service cuts.

Ms Neal said: ‚ÄúThe caring sector can face some very negative criticism and this event showcased how many wonderful people there are out there who are really striving and making a difference in enhancing people’s lives.‚Äù